Information:   https://www.gsi.ie/en-ie/events-and-news/events/Pages/IGRM-2021.aspx
The following talk will be 19:00 on Tuesday 20th of April. It will be presented by Martin Nauton-Fouteu.  Martin has recently submitted his PhD thesis on the Geology of the
Clare Basin and led a GGA field trip to The Bridges of Ross, Co. Clare in 2019. Again this will be on Zoom. 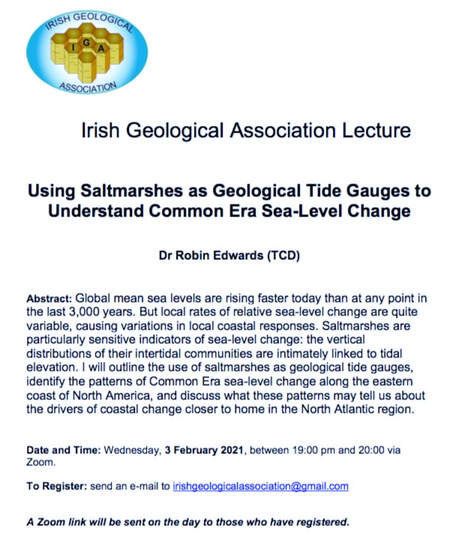 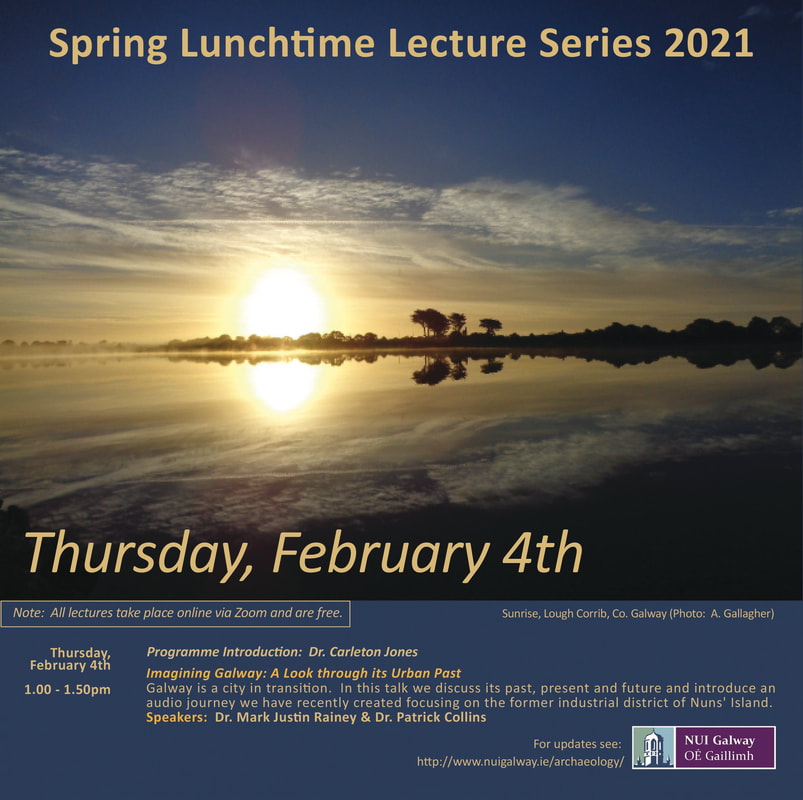 The first use of gold in Britain and Ireland occurred during the Chalcolithic and Bronze ages; it was used to produce neck ornaments, bracelets, cups and cape fasteners. The source location(s) of this gold must be understood if we are to understand why this material was first considered valuable and so understand the patterns of its procurement, trade and exchange. There has been a long-held belief, but no proof, that this source was located in Ireland. Geochemical provenance studies offer a means by which the source(s) of metals can be traced. Dr. Standish will discuss both past and current attempts to source Britain and Ireland’s earliest gold. Probable source areas will be proposed, and the implications of these on the perceived value of gold in early metalworking communities will be explored.
Irish uplands are invariably treeless, usually covered by bog and heath, and support extensive grazing, often but not exclusively, by sheep. In this lecture, the history of how these important Irish landscapes evolved and the factors involved in bringing about the many changes that have shaped them — including geology, natural processes, climate and climate change, and human impact — will be discussed. The focus will be on the Galway/Mayo region but uplands elsewhere, including the Iveragh peninsula, Co. Kerry, will be considered.

Hand-coloured, engraved print depicting a pattern (pilgrimage) in the early nineteenth century at Mám Éan (view from the southern approach; Griffiths and Bartlett, 1835) 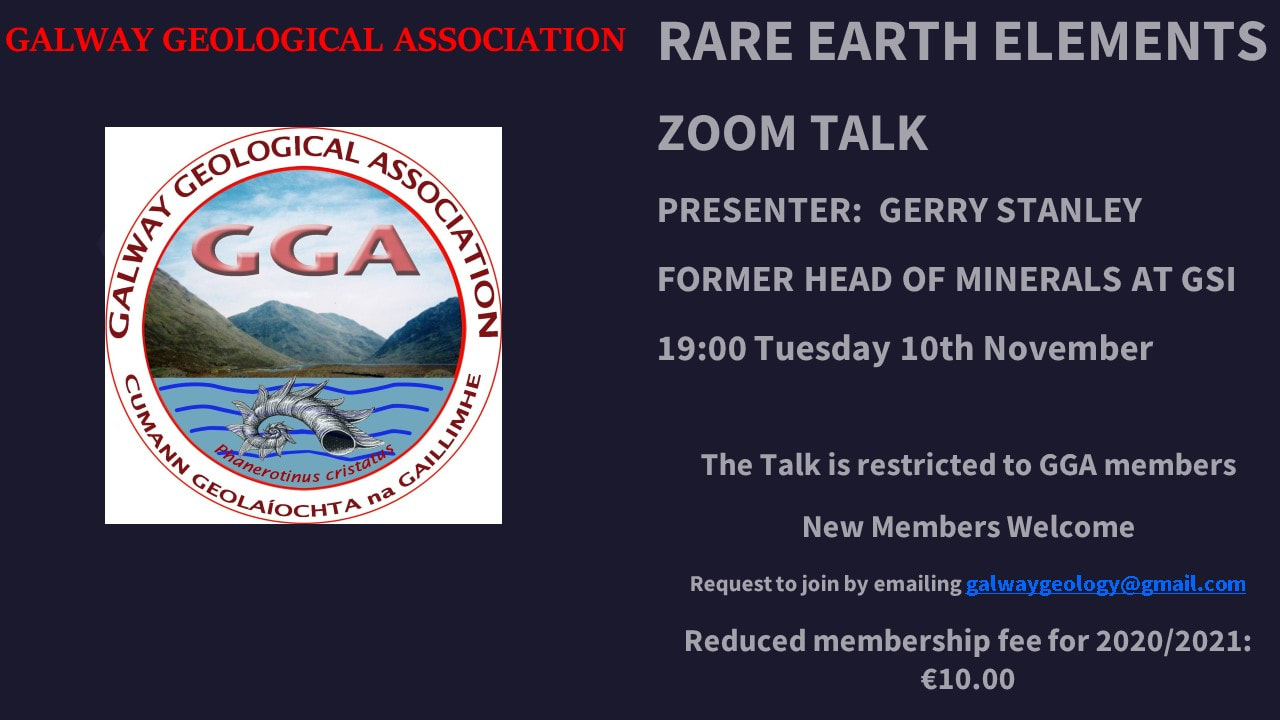 GGA was fortunate, from the point of view of weather (couldn’t be better) and Covid-19 restrictions (level 3; re-introduction of level 5 had not yet appeared even on the horizon), that this one-day field trip happened at all! Bright and early on the Saturday morning at the end of September, eleven GGA members made their way to Maam Valley and the assembly point, namely the car park sought of Corr. Here the Western Way leads to Mám Éan pass. Nobody felt under any pressure as the way up (only 150 m ascent) was at a slow pace with many stops for observations and discussions, and enjoying magnificent views across the lowlands and the uplands of north Connemara and Joyce Country beyond. The group tackled topics as diverse as the Dalradian, Ordovician and Quaternary periods, including the Lateglacial climatic oscillation, the Holocene and the Anthropocene, and indeed more besides.
At the pass, schist outcrops overlooking the corrie lake provided the perfect spot for lunch and further open-air discussions in scenic surrounds. Having paid respects to St Patrick and thanking him for making it this far into Connemara, the group proceeded to the Recess side of the pass. From here, most of Connemara was on view, with the Twelve Bens to the west, and to the south Lissoughter, Cashel Hill and Errisbeg and the Atlantic coastline beyond. The opportunity was also taken to discuss the evidence for local glaciation and all that entailed for local landscape development.
For photographs, etc. see Twitter thread at https://twitter.com/MOConnell07/status/1310626231289872385
Also see the maiden tweet in the brand new GGA Twitter account @GalwayGga https://twitter.com/GalwayGga/status/1316486093177597954 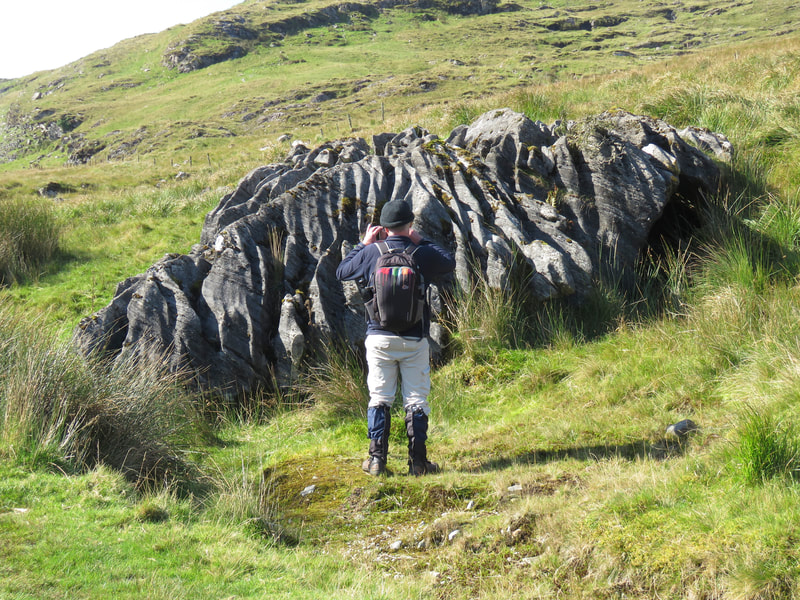 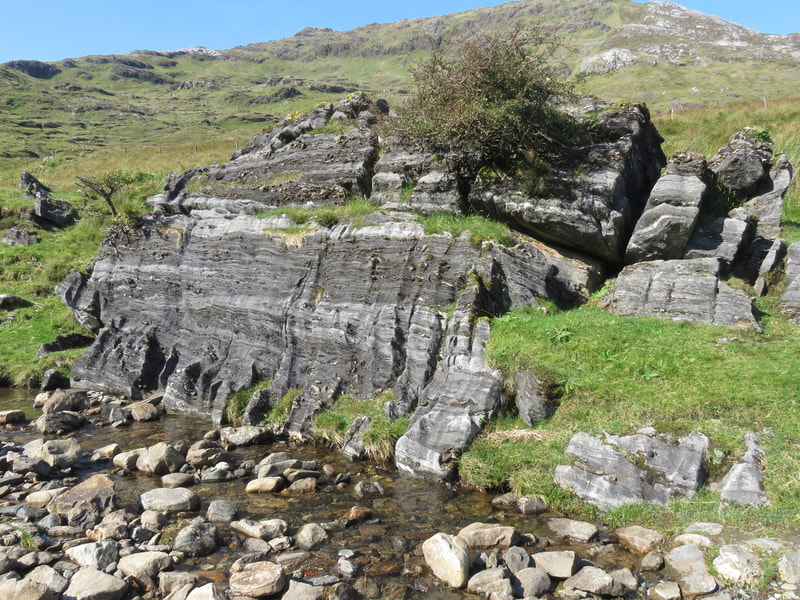 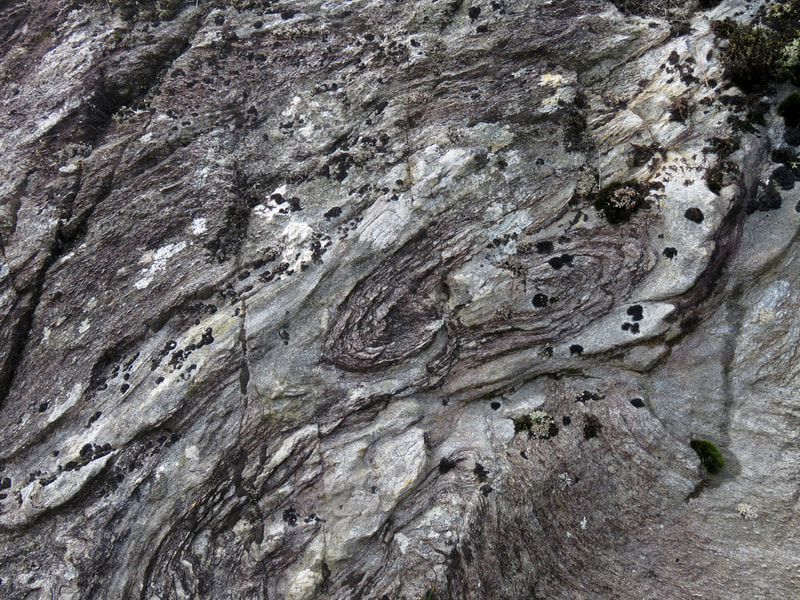 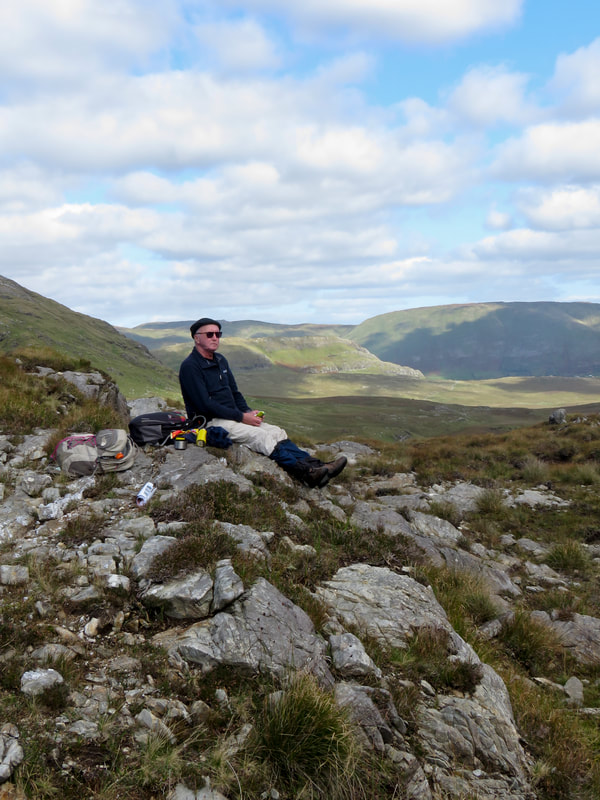 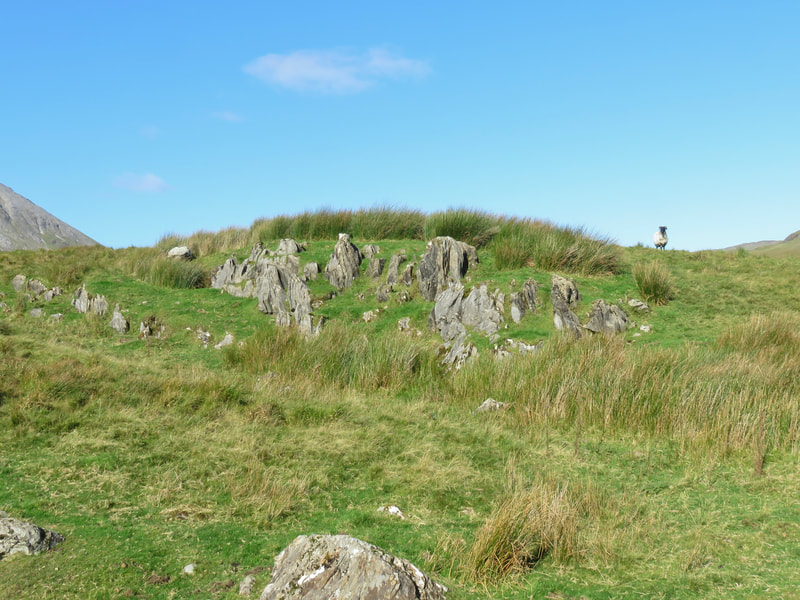 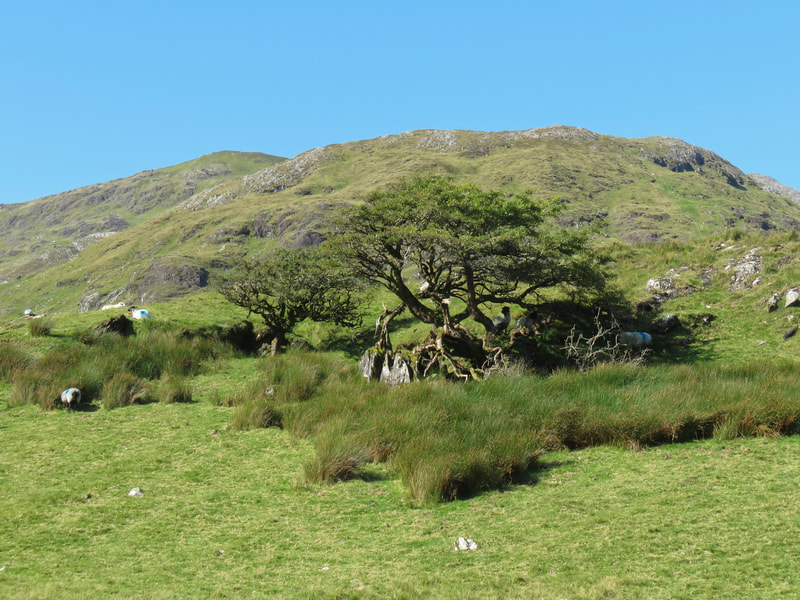 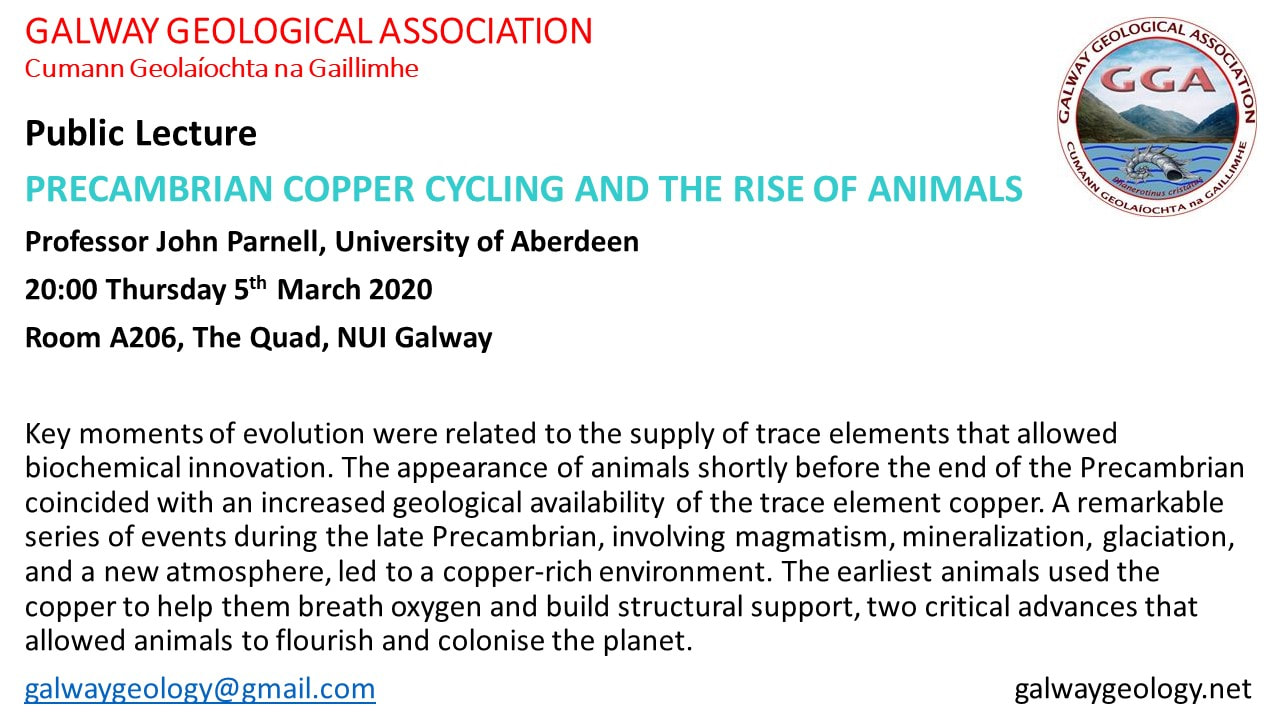 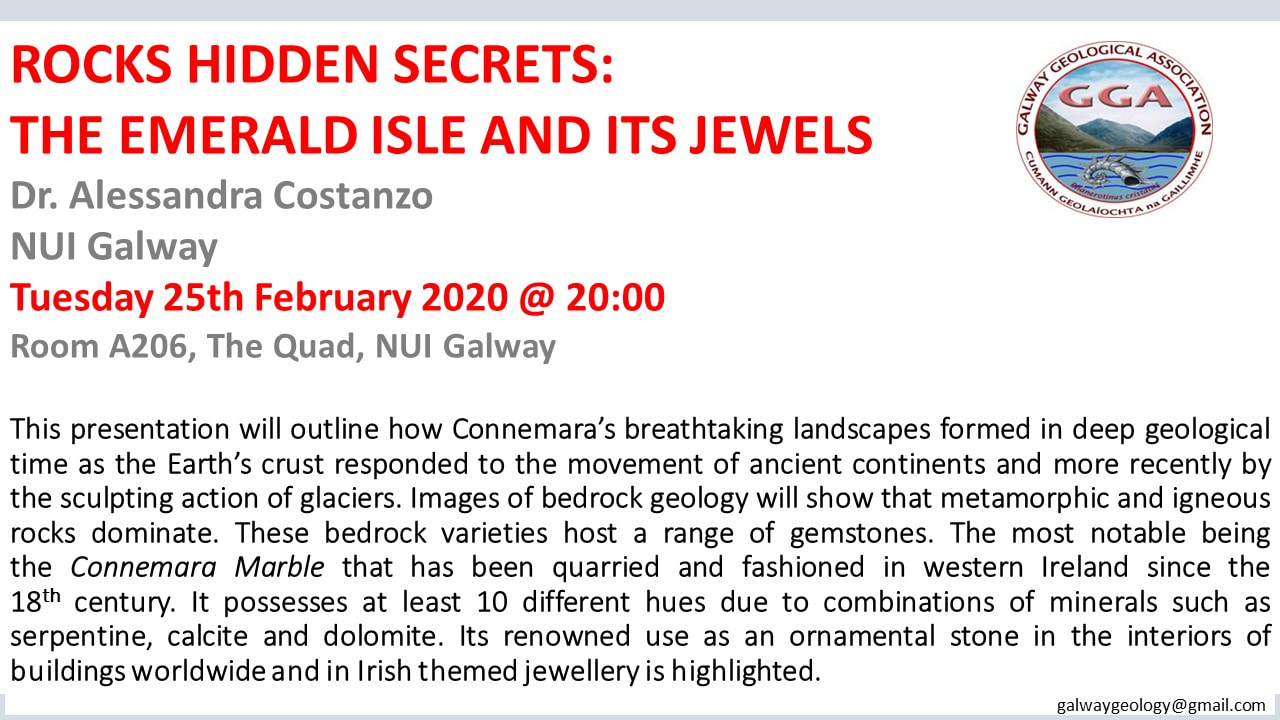 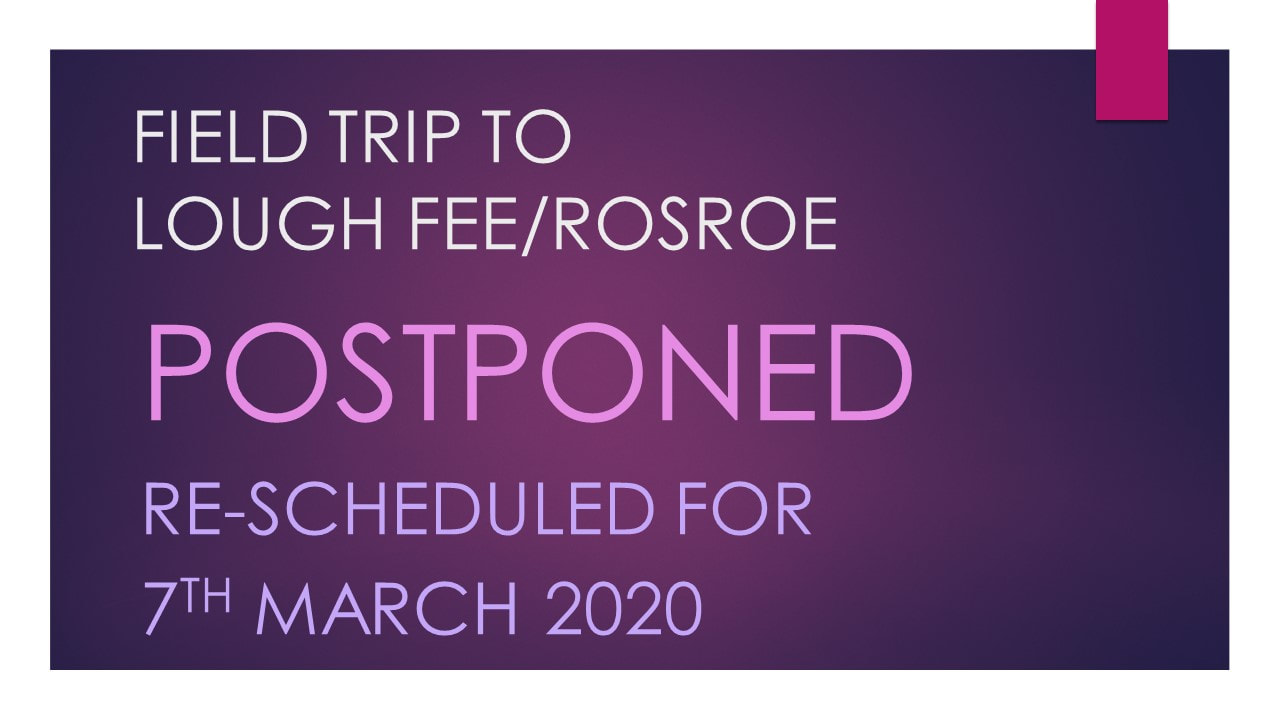 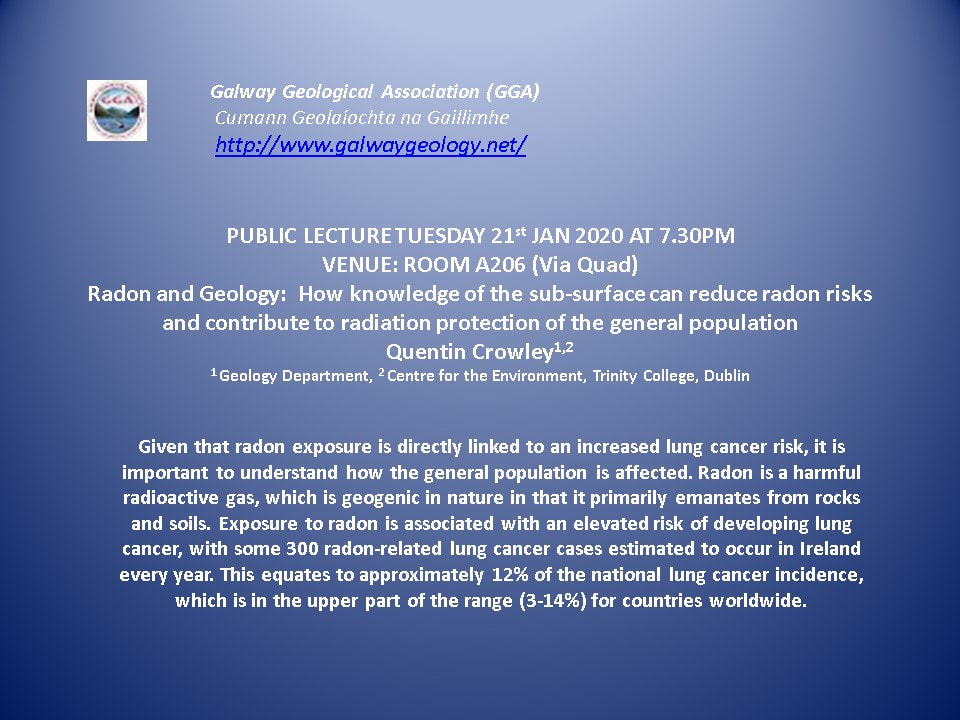 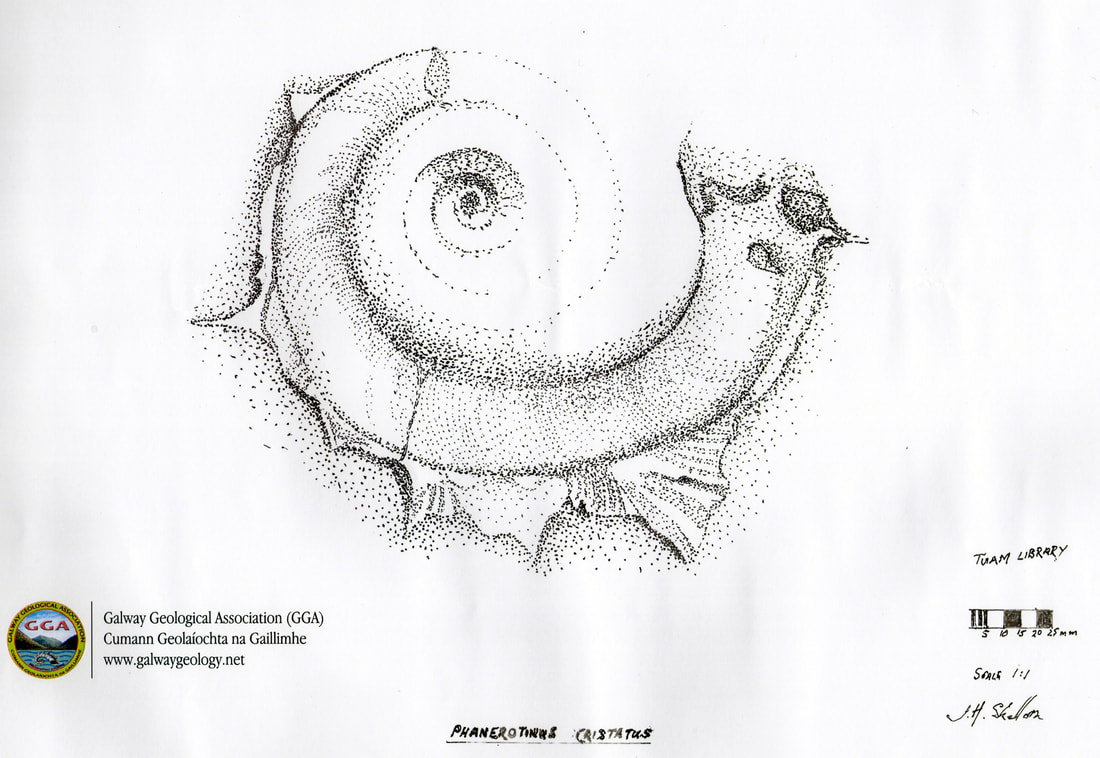 Drawing of specimen of Phanerotinus cristatus discovered in 2017 in the town of Tuam, Co. Galway by GGA member Brendan Arrigan. The drawing is by Jonathan Skellorn, former Chairperson of the GGA. This fossil of exceptional quality is one of about fifteen such that have been discovered to date worldwide. They all relate to the Carboniferous Period, ca. 340 million years ago.                                    www.gsi.ie/en-ie/events-and-news/events/Pages/Unveiling_of_fossil_Phanerotinus_Cristatus.aspx 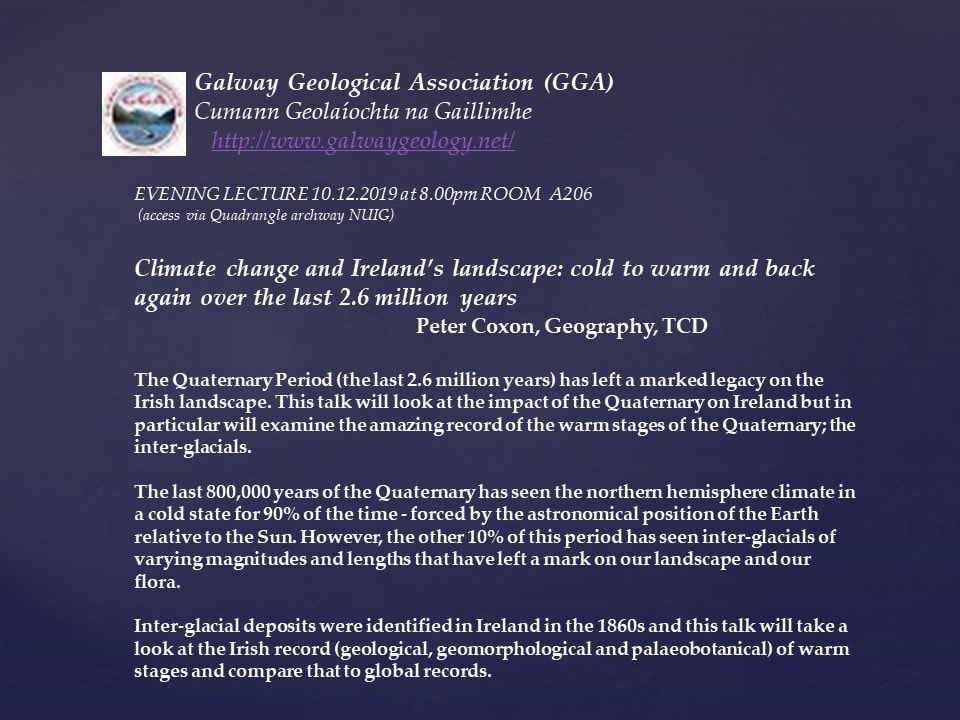 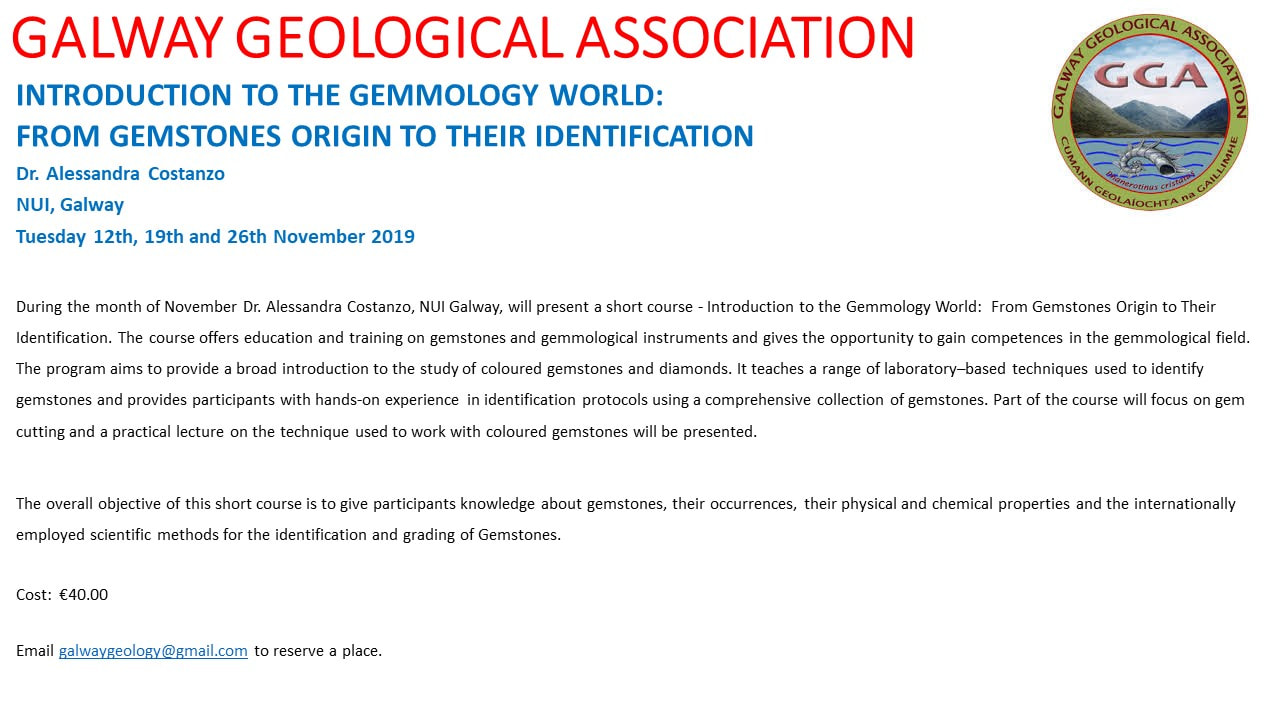 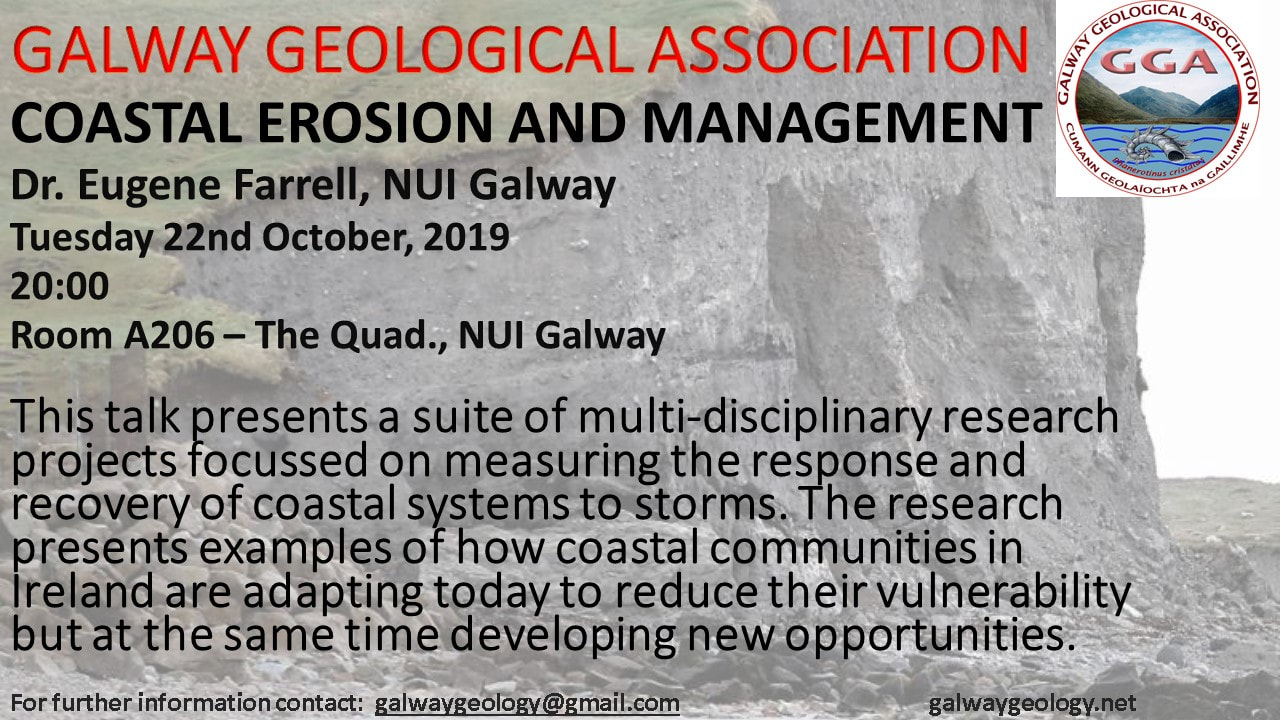 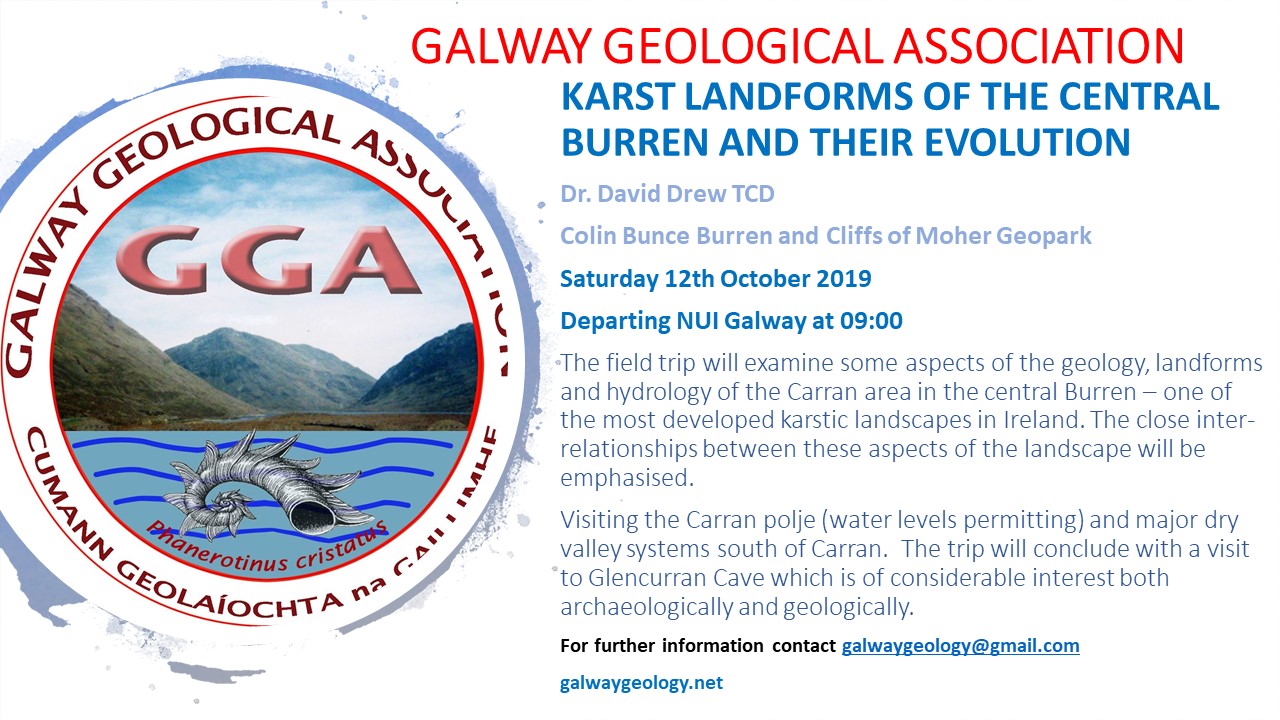 GGA member Brendan Arrigan made the discovery of his life when he chanced upon a splendid specimen of our emblem, Phanerotinus cristatus, embedded in a wall near Tuam. He found both the fossil and the counterplate, a rare occurence. After consultations with NUI Galway geologists and the National Museum it has been recovered for safe keeping and study.

Worldwide, only 15 of these unusually large fossils have ever been discovered to date, and they are only to be found in a band of limestone stretching between Ireland and Britain. Phanerotinus cristatus was a gigantic snail with spiny flanges around the outside. It lived on the sea floor at a time when Ireland was situated close to the equator and covered by a warm tropical sea.

An unveiling will take place at Tuam Library on Monday 30th September at 2pm by Cllr. Jimmy McClearn, Cathaoirleach of  the county of Galway and Seán Canny TD, Minister of State Community Development, Natural Resources & Digital Development. The ceremony will be open to the public and will include a welcome from Koen Verbruggen, Director of Geological Survey Ireland, short talks by Brendan Arrigan about finding and rescuing the fossil, and by Matthew Parkes, geological curator in the Natural History Museum, putting the find into the context of a Geological Heritage Audit of County Galway. The fossil will be placed at Galway County Council Office, High Street, Tuam on public display in Tuam for a period of time and also at a branch of the National Museum of Ireland in Dublin. 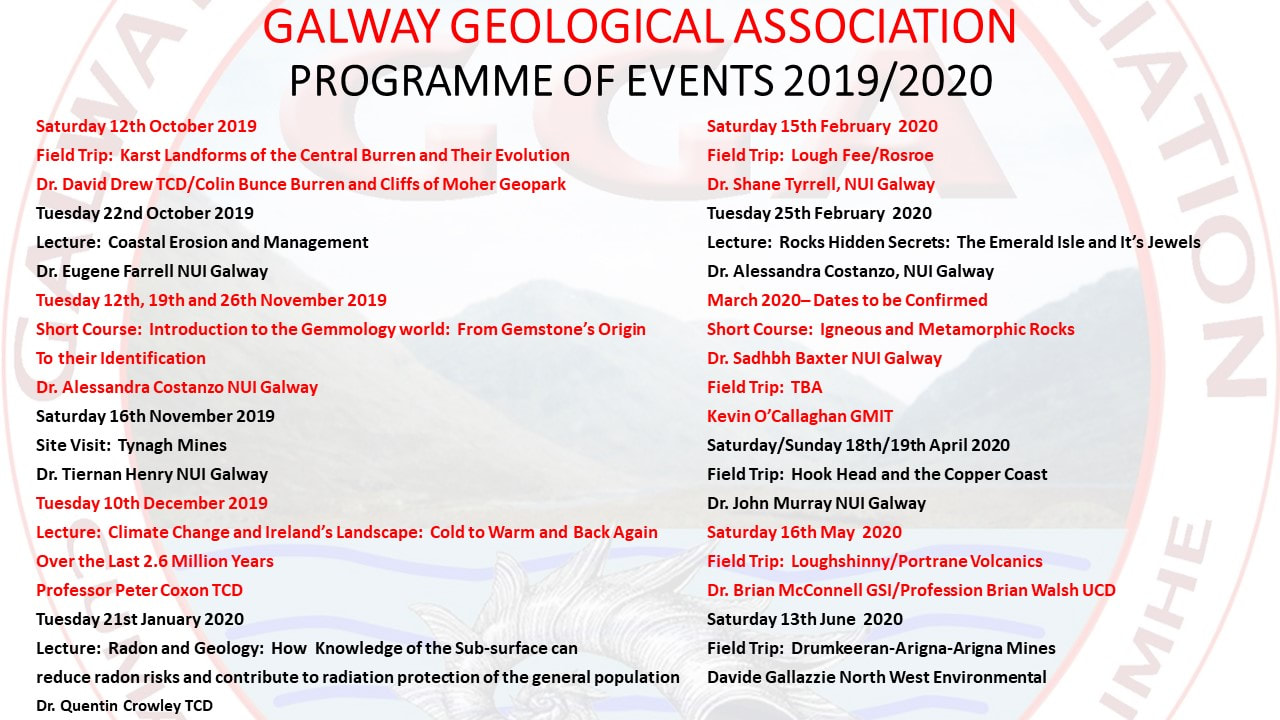 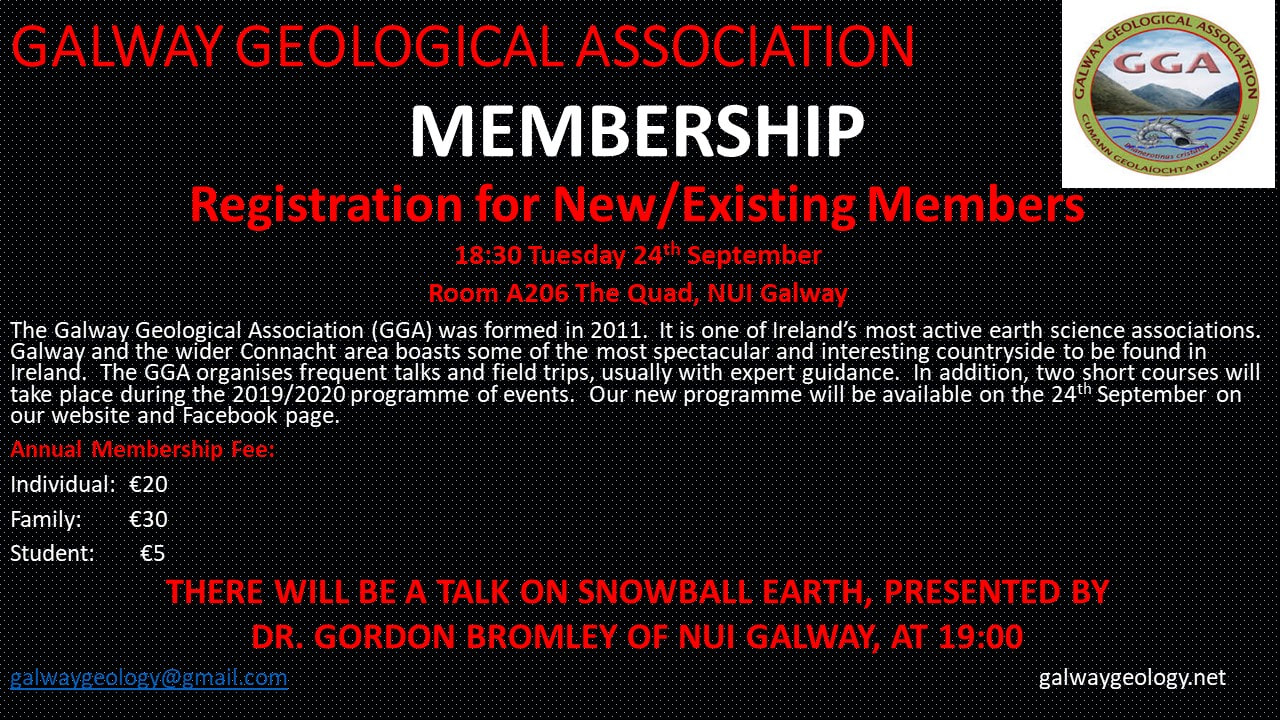 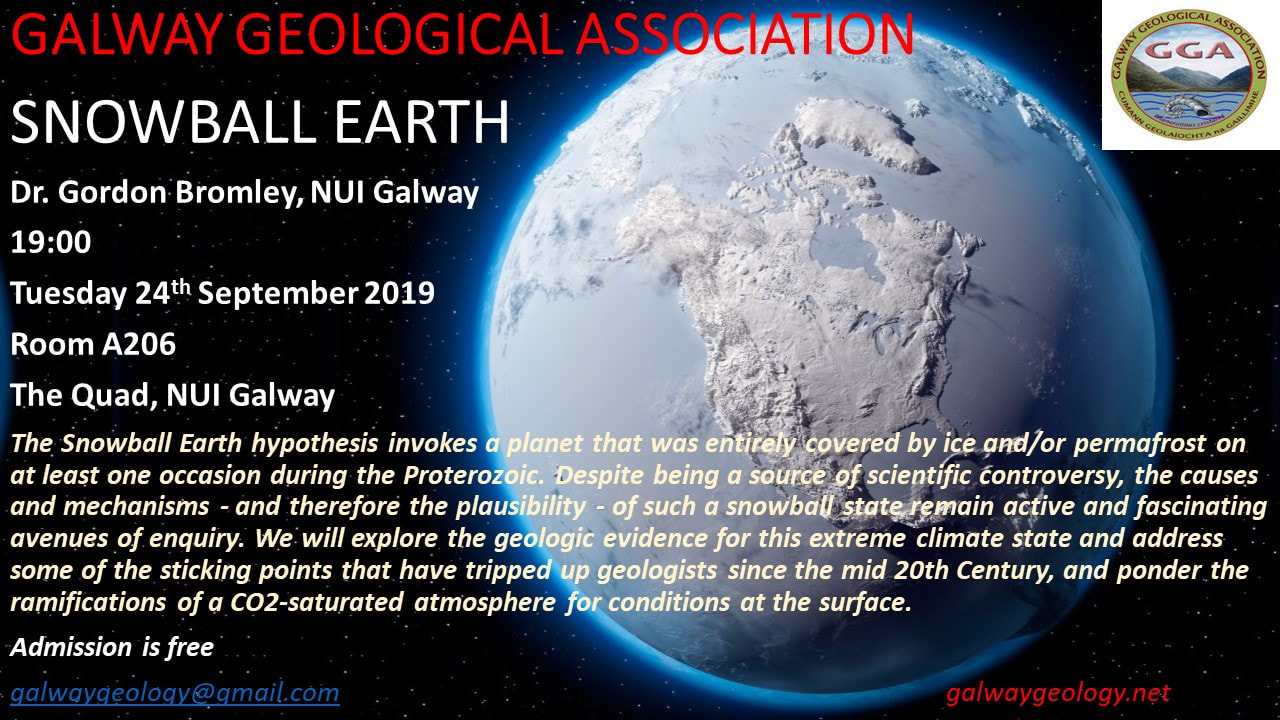 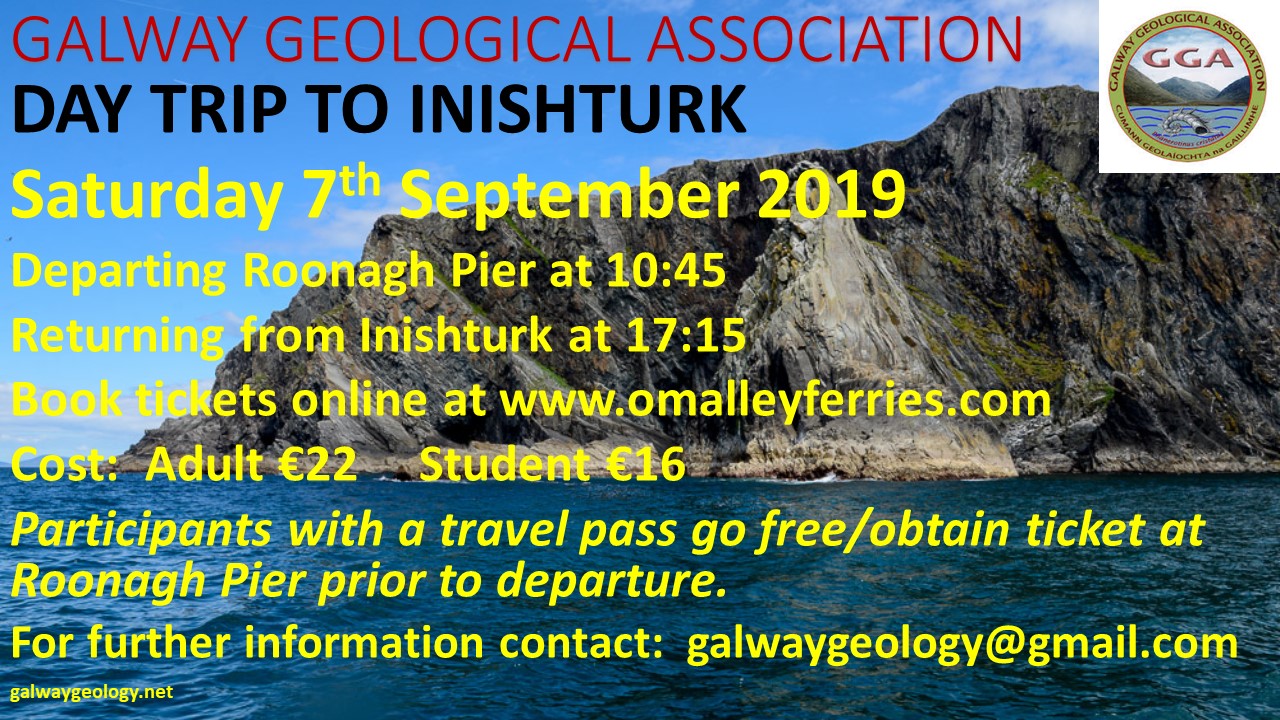 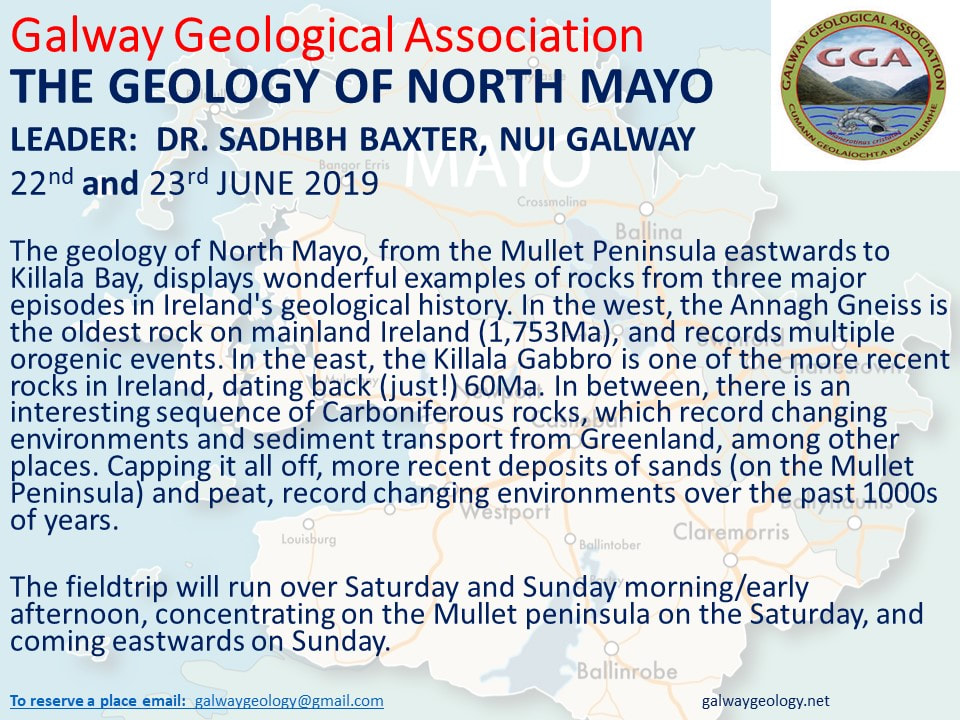 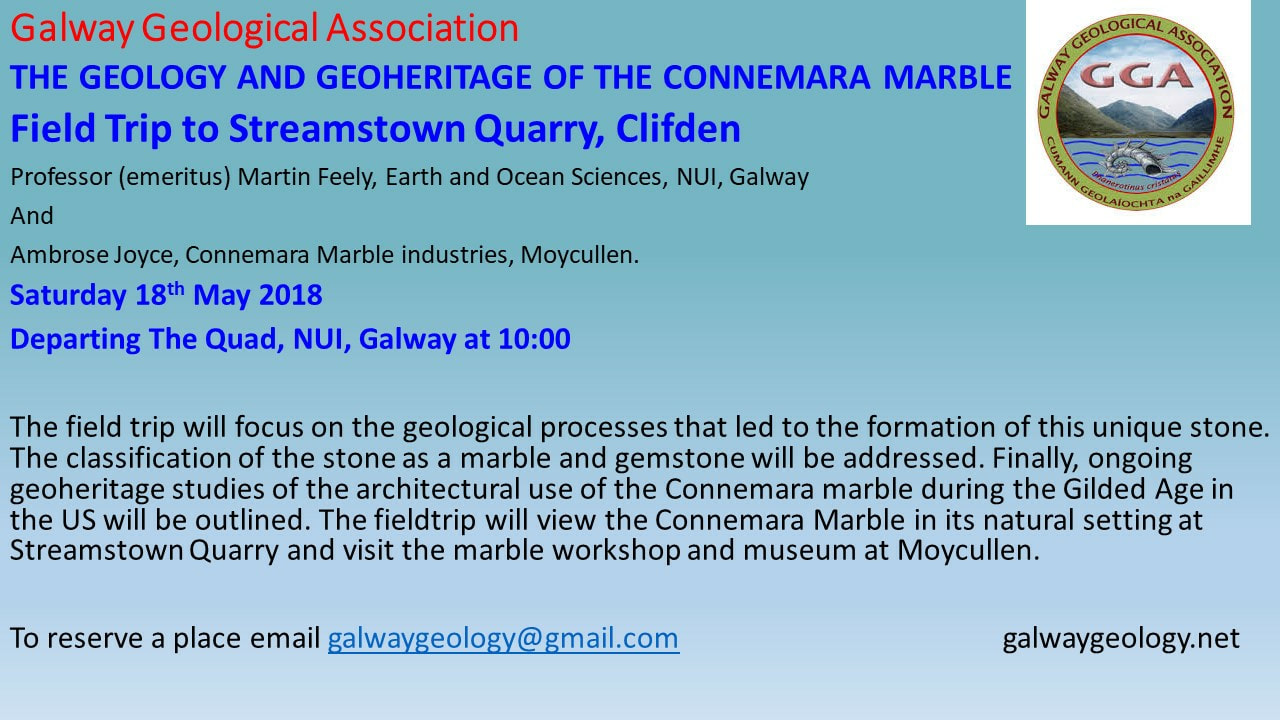 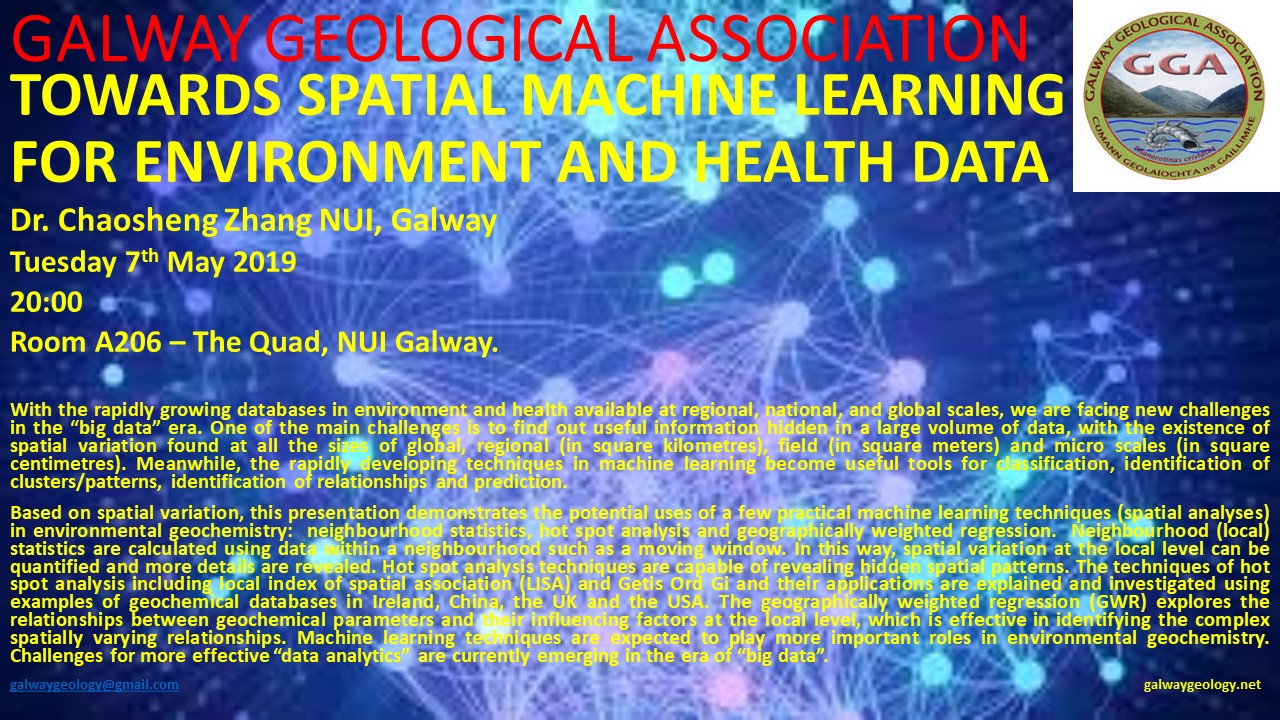 There is a paper from the journal Sedimentology describing the features to be seen at the Ross site that we visited. Thanks to Martin for this. If you would like to get a PDF of it, send an email request to galwaygeology@gmail.com. (use the 'contact us' form)
There is also a page on the web site of the Society for Sedimentary Geology (SEPM) devoted to the Gull Island Formation with many captioned photos including some of the things we were unable to see due to the tide and weather conditions.
http://www.sepmstrata.org/page.aspx?&pageid=472&6 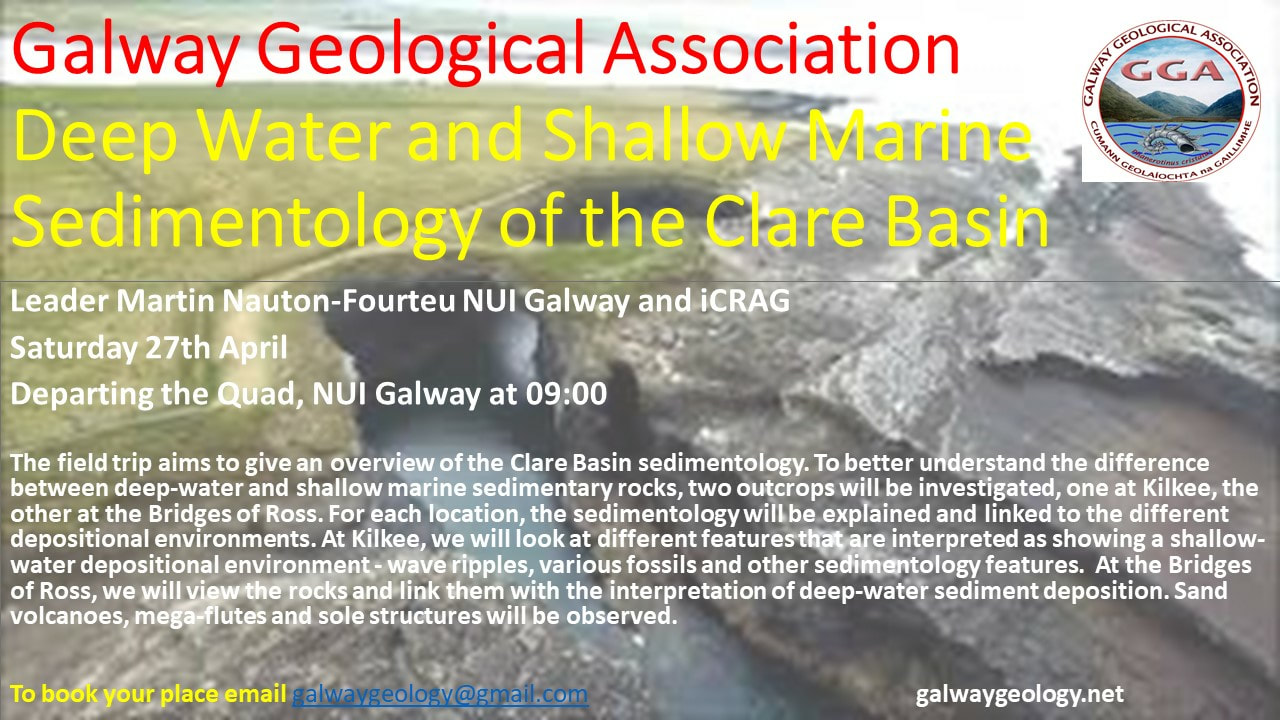 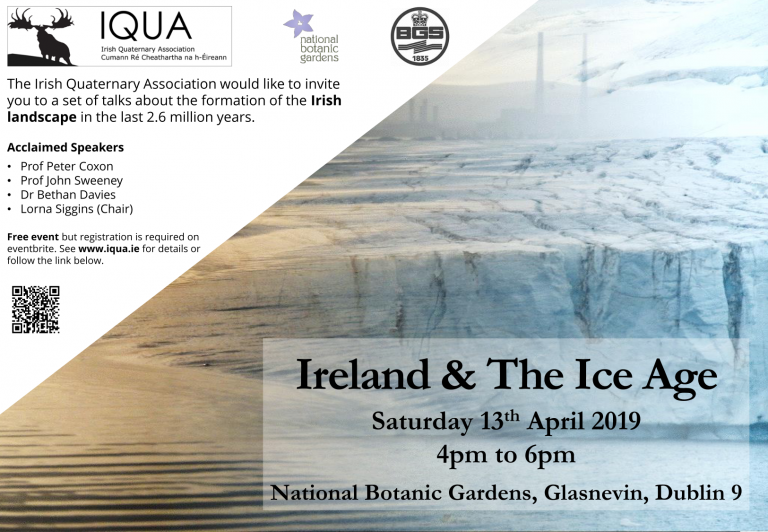 Unfortunately, this event is fully booked. 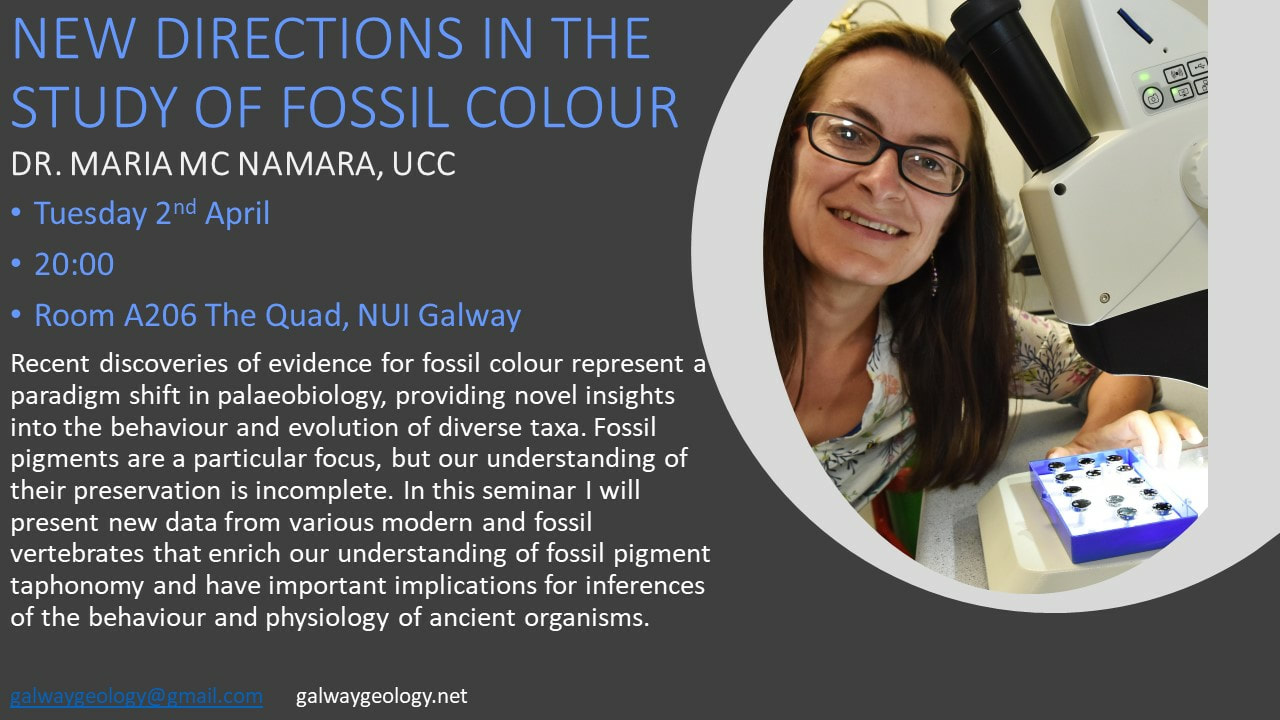 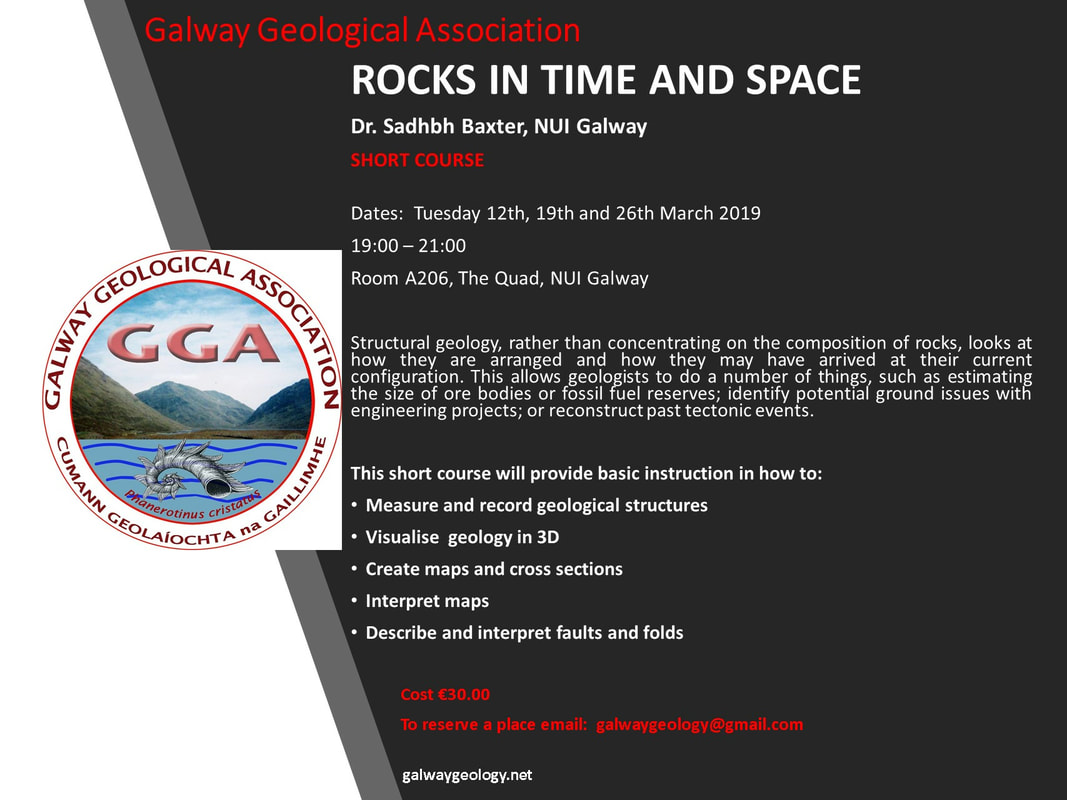 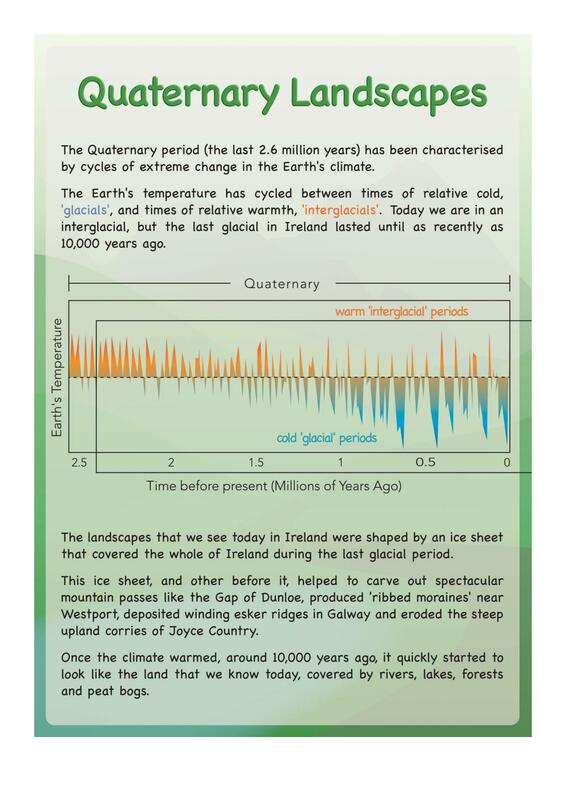